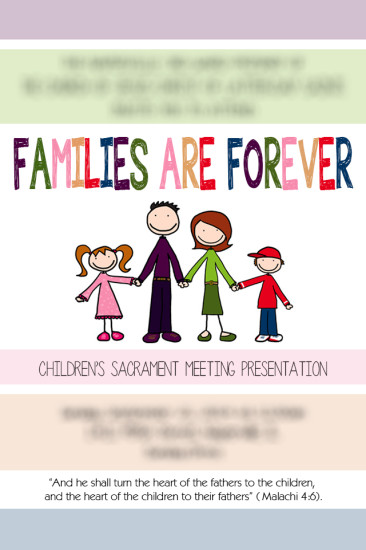 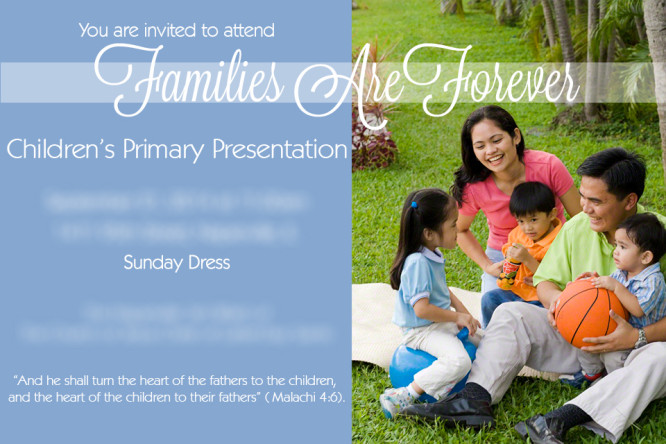 Our Children’s Sacrament Meeting Presentation is just around the corner!  I put together a couple Primary Program Invitations for our primary children to pass out to their friends and neighbors.  We did this last year and found it to be a successful way to invite others to church.  Who can say no to a group of singing children, right?

I made the blue invitation first and then thought it might not be as “kid friendly” and so I put the stick figure family one together.  I printed them as 4×6 photos at my local Walmart for a low cost, and we’ll pass them around to the children this Sunday for them to distribute.

I created the invitations in Photoshop, and I’ll attach blank jpeg files for each invitation below.  Feel free to edit them with your ward/branch information and dates.  If you’re having difficulty getting your text on the image, send me an email, and I’ll can enter it in and send you a file back, or I can send my psd file your way. 🙂 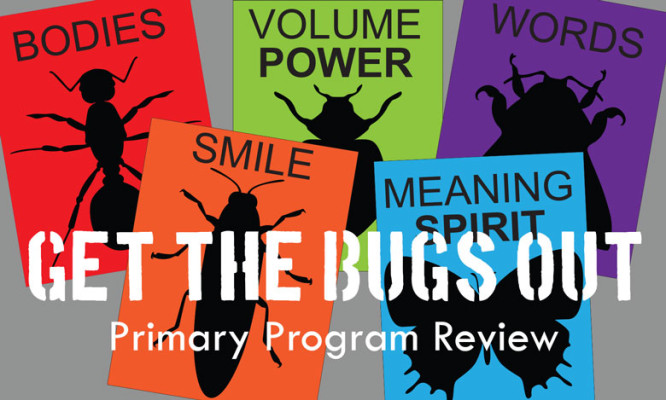 That time of year is upon all Primary Choristers out in the world…Primary Program Time!  You’re down to the wire to get the kids to polish off those songs, right?!  Last year I found this “Get the Bugs Out” Singing Time idea floating around the internet and tweaked it for my primary.  It required some prep, but it was worth it.  My presidency gave me the entire 40 minutes of Singing Time/Sharing Time a few Sundays before our program for review, and I knew I needed something that would keep their attention for that long amount of time.  This definitely did the trick.  My primary LOVED it!

Step 1: Print out the bug signs.  I printed mine on different colored cardstock and glued a magnet to the back so it was easy to put them up on the board and take them down depending on which “bugs” we were working on.

Step 2: Make your goo.  The size of your containers will determine the amount you’ll need.  My containers were quart sized, so I did about 2 cups of goo for each container.  You’ll want enough in each container that the kids really have to dig down with their hands to fish out a bug.  To make the goo, mix 1 tsp of Metamucil with 1 cup of water in a microwave safe bowl.  Add food coloring to obtain your desired color (I made mine green), and microwave the mixture on high for 4-5 minutes.  Be careful, it get’s HOT!  The longer you microwave, the firmer your goo.  Mine was still pretty wet (kind of like not quite set jell-o).  To speed this process up, I did several batches at a time.  Let your goo cool and sit covered at room temperature until you’re ready to use it.  I made mine the night before, so I’m not sure how long it would hold up beyond that time, but I imagine if would be fine if you made it a couple days in advance.

Step 3: Add the number of “bugs” to each container that you wish to work on.  For example, if I needed the kids to be louder and work on learning the words for a particular song, I would add 2 bugs to my container, one for volume, and one for words.  If you’re using gummy worms (which I did, and it was a blast because they were slimy and even more difficult to fish out), I would recommend not putting them in your goo until right before you do the activity.  They tend to disintegrate over time.

Step 4: Fill a large bowl of water for children to rinse their gooey hands off, and have the towels ready for them to dry off.

NOW you’re ready to roll!  Explain to your primary that you are working on getting the “bugs” out of the songs for the program.  Show them your containers, each representing a song they need to work on.  Explain that each container contains a few bugs that need to be worked out to really polish up your program songs.  Tell the children that if they sing well, and work out all the “bugs” in the songs, they will get to come up and pull out the bugs of the goo.

Start with your first song by placing the posters on the board that represent the “bugs” you are working on.  As they improve and fix the “bugs” select children to come up and pull a bug out of the goo.  When all your “bugs” are gone in that particular song move onto your next song.

I tried to make sure I had enough bugs in our songs so that each child who wished to pull a bug out had a turn.  Also, at the end of this review, I passed out a gummy worm to each child as an added incentive.  It was a huge success in my primary and really helped us get our songs ready for the program! 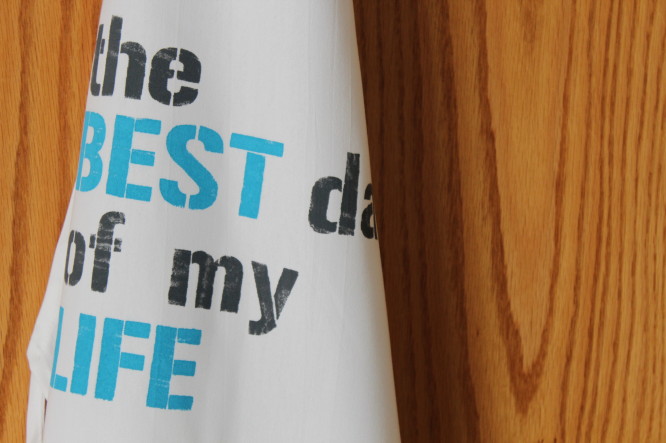 I have recently discovered the joys of using freezer paper as a stencil for fabric.  Now that I have my Sizzix Eclips cutting machine, stenciling is a breeze!

My husband oversees a youth group, and they had planned a group date night to make homemade pizzas.  They thought it would be fun to have matching aprons with the night’s theme printed on.  I pulled out my freezer paper, cutter, and paint, and I had these knocked out in no time! 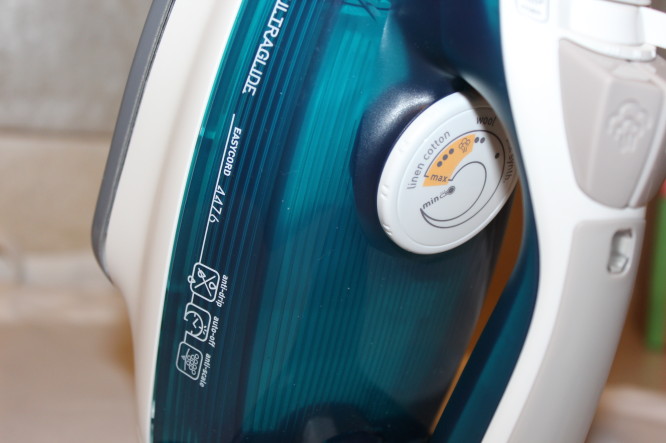 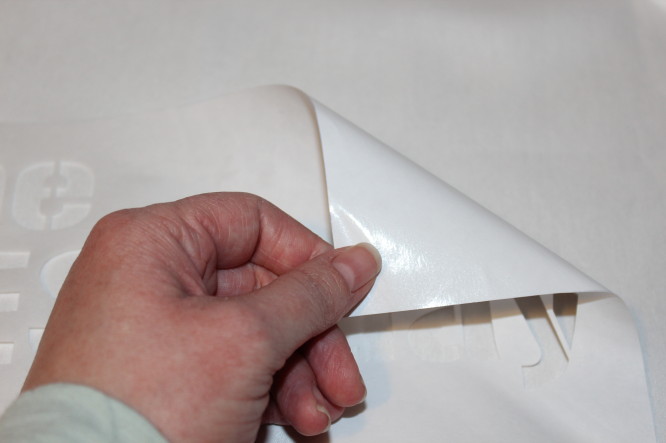 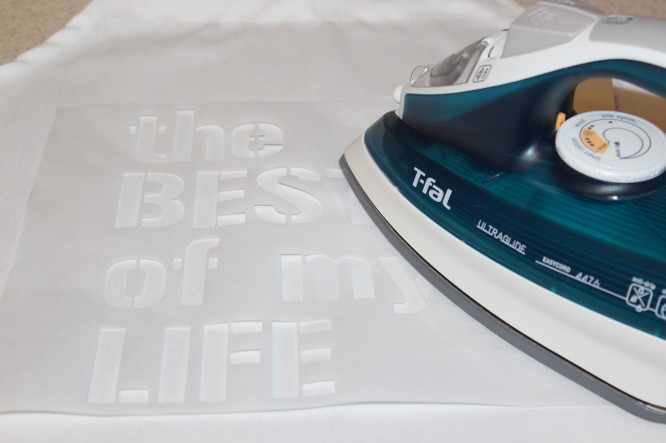 Step 3: Using a stippling brush or foam brush, lightly dab paint onto your stencil.  Allow the paint to dry then gently pull your stencil off the fabric. 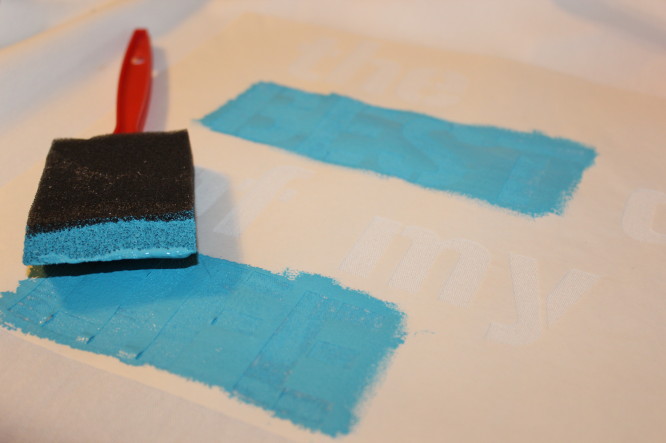 Viola!  You’re done!  I love how ironing down the stencil returns a sharp design with clean lines and no bleeding of paint!  I have used this method many times, like on St. Patrick’s Day morning when my daughter didn’t have a single green thing to wear, and we stenciled a green shamrock onto a plain white shirt.  It took us 10 minutes, and she was ready to go.  Here’s to the many uses of freezer paper! 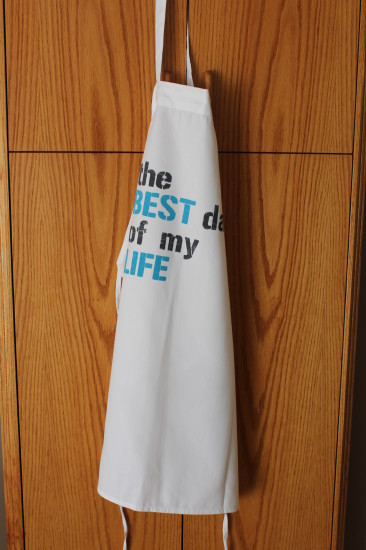 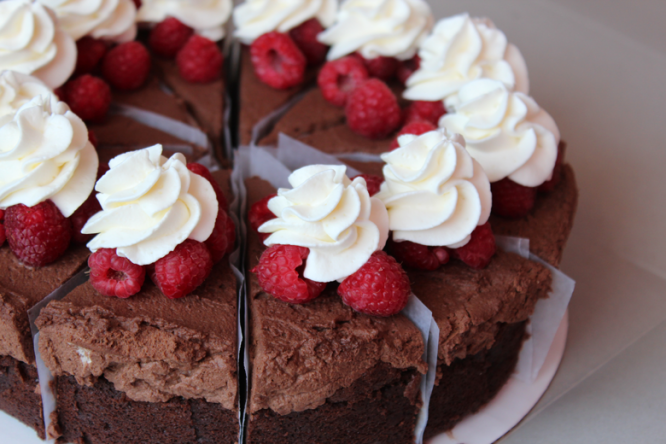 A few weeks ago we were invited to a Sunday dinner, and I volunteered to bring dessert. I knew I wanted something a bit fancier as this was to be a more formal dinner setting. Maybe I’m strange, but I feel a certain amount of pressure when selecting which dessert  to make. There are just SO many amazing dessert recipes out there and only so many dessert making opportunities – one has to be selective.

When I found this double chocolate mousse torte from my trusted recipe source  I knew it would fit the bill.  It was amazing – so amazing that a week later one of the dinner guests emailed to ask if I’d be willing to make it again for a group of 30 she was hosting a dinner party for. If you need a fancy schmancy dessert to impress, this is the one. Trust me. Recipe found here. 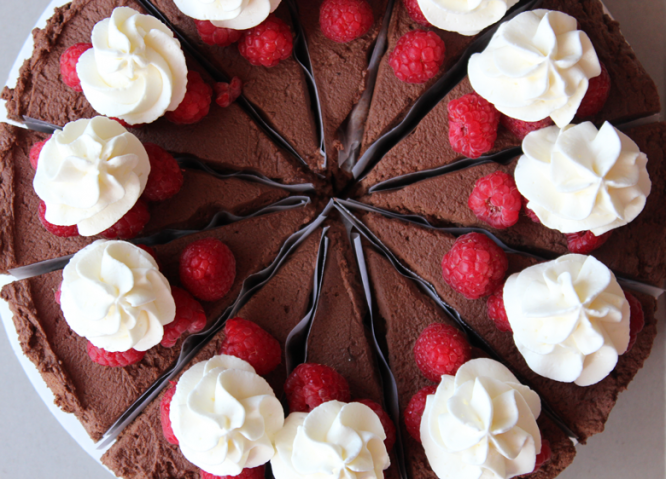 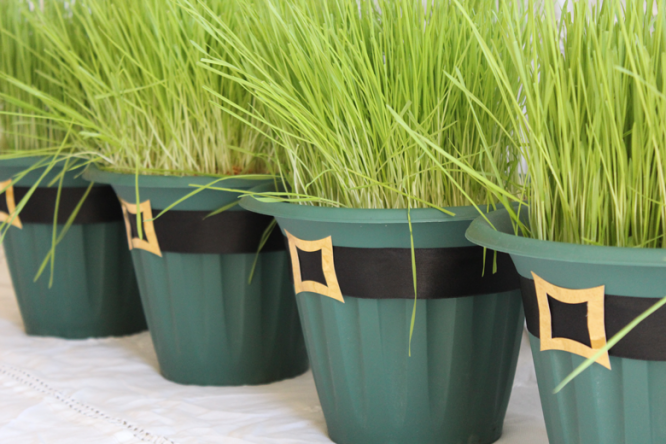 Just look at this fresh green color! I just love it! It makes me so excited for spring! I put 25 of these centerpieces together for a St. Patrick’s themed church party. I was asked to be over the decorations, and I didn’t have much of a budget to work with. The idea of wheat grass centerpieces came to mind, and I knew it was just the idea I was looking for. For one, wheat grass is super cheap to grow especially if you happen to have bulk wheat berries on hand (which I always do to make this bread!). Secondly, it doesn’t take much time – a week and half, two weeks maximum. AND, the grass is so bright and fresh looking – just the color pop I wanted! 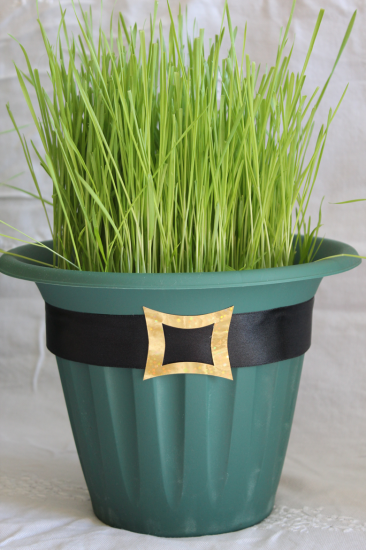 I found the planter pots at the Dollar Tree. I was so excited they were green and resembled leprechaun hats! To plant the wheat grass, I basically followed these directions. The grass grew so fast! My kids and I had a LOT of fun watching it grow from day to day.

To finish the centerpieces off, I hot glued black ribbon around the brim of the hat and added a gold paper buckle. I am so pleased with how they turned out. It may be too late to grow wheat grass for St. Patty’s Day, but wouldn’t these be cute with a colorful polka dot ribbon for Easter with maybe some eggs peeking out the top? Oh, the possibilities! You really should try growing your own sometime. It’s quite fun! 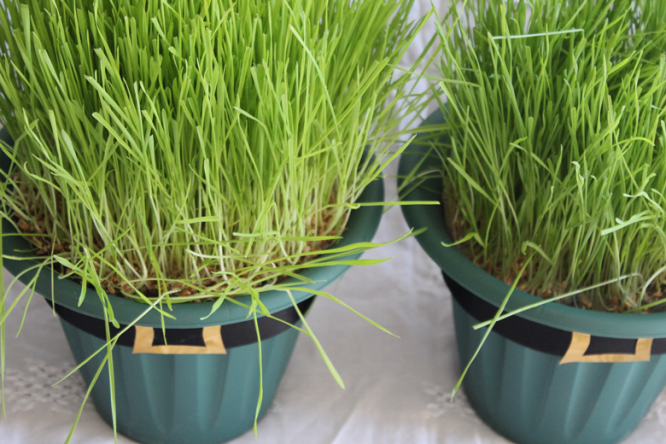 So sorry I’m just seeing your comment, and that I didn’t get these to you in time. I hope your program goes well.

p.s. I prefer the stick figure one, although it was really a toss up!

These are both wonderful! I love that you can print them so cheaply as photos. I’m kicking myself now for procrastinating. Let me know if you could possibly edit these before mid-day east coast time tomorrow. Thanks!

Wow! I can’t thank you enough for sharing this! We are all so blessed by your talents and thoughtfulness. Our Program is on November 9th and I would love to pass these out! I don’t know how to use Photoshop. Would you mind adding my information? This is so generous of you to help everyone out. I wish I could give you a great big hug!! I would love the stick figure invite.

Our church is…
Crescent City First Ward of The Church of Jesus Christ of Latter Day Saints
November 9, 2014
1031 A. Street
Crescent City, CA
Our Sacrament time is 2:45 pm

Thank you! Thank you! How fun that your invites are being passed out all over the country! 🙂

Thank you so much for sharing!! These are perfect!